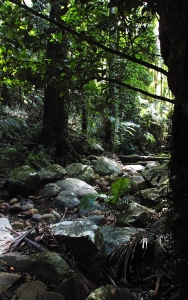 There is something deeply touching about the human longing for peace and cause for sadness in the different ways we go about realising it. This signifies a lack of understanding of the nature of the mind, of the worth of ideas, of the nature of reality and how it expresses its nature through the individual.

Those who live in the prison of the mind and do not know they do are content to stay within its confines and live accordingly. Not for them the sudden surprise of open prison gates, of the wide expanse of the Sunshine of Being beyond the prison – the sparkle of a springtime mood and the fresh stirrings of the winds of understanding from beyond the vale of time.

They live in time’s beleaguered field, assailed from all directions, disturbed inwardly and outwardly by demand and response, by tempest and movement. Not for them the calmness of Silent Being – of that stillness that calms the restless mind and brings peace, where formerly conflict reigned supreme.

The glimmer of an idea stirs on the horizon of the mind. It takes up the thought, the name of peace. From within its prison darkness, it projects a ray of light to travel along. It will follow this self-created light till it comes to the journey’s end of peace, then blissfully bask in its presence and enjoy the blessing that it brings.

But the light way is created by the mind. It will not lead to peace in spite of the mind’s good intentions. How can it when the mind has failed to understand the causes within itself that deny peace its chance to be? Peace does not lie at the end of a long trail of human initiatives like a prize to be won in return for effort expended. The reality of what brings peace is here and now. It lies beyond the mind, beyond its concepts and ideas, beyond the scope of its imagination.

When mind is still, like a day devoid of breeze and not even a leaf of mind-created movement stirs to disrupt the tranquility of Being, then that strange nature that is the basis of the universal expression arises to bless the human expression with its presence. And it brings with its coming that sought after longing referred to as peace. Nothing else makes true peace possible.

The tracks of the mind lead only to the illusion of peace. They have no enduring basis. The foundations are riddled with weaknesses and the formulated structures will collapse at the slightest stress. Whereas, the peace that grows from within – that flows from the deepening of understanding – will endure as long as the true measure of understanding endures. For these go hand in hand in the human nature. There is not the one without the other. And both flow, as a consequence, from that strange meeting between the Divine Universal and that within the human that is of the very same nature.

When these meet in a timeless union that defies human understanding, a fresh inspiration arises and begins a new expression in time. One that sensitively reflects amongst its qualities that which is acknowledged as peace.