It is almost Christmas and the thoughts of devout Christians turn back to the events that unfolded more than 2,000 years ago. They will not only celebrate the birth of a man, a prophet, a messiah and a religious leader of outstanding qualities but also the remarkable texture of his life. His birth gave little indication of the extraordinary nature of what was to follow nor of how he was to develop into such a spiritual colossus.

From its seeds in this birth, a flowering of incredible beauty came to full bloom in an example of love, wisdom and understanding unparalleled in its expression. He wandered sandy pathways in that barren, desert land giving out his inspired message of love. Such a contrast to the aggressive displays of the time.

His offering was one of peace to a strife-torn area. Peace and love. Not carnal love but spiritual love, that rare quality that flows from the meeting between God and humans. But few there were who could respond to such a high calling and fewer still who could understand. The forces of ignorance, fear and concern for established traditions and authority rallied to crush the living flame of truth that brightly burned whenever he spoke. There was no way though that this spiritual outpouring could be checked by the acts of desperate men. Neither torture nor the cross could halt or obliterate this man’s destiny or his offering to a blighted mankind.

We celebrate in recognition of those qualities and the values he represented. Not yet is the world how he would have it. Much of the behaviour that existed then still stalks the land. Corruption, indifference, violence, brutal suppression, crime – you name it, it happens somewhere, sometime.

And humans still seem powerless, in spite of great technological strides, a knowledge explosion and skill in organisation to halt the flood of all that is ugly in human nature.

It would seem then that his mission was in vain, that his words fell on deaf ears and his example lacked the power to inspire humans to greater endeavours of goodness. Yet still he lingers in the minds and imaginations of this present time, just as he has done in the past, just as he will do in the future.

He stands as an example in living, as the solution to the problems, the difficulties and the irrational behaviour that plague us today.

Not in his fleshly body. That went the way of all flesh – something to be discarded eventually. Not even in his words, though these carried a message of great importance, but in the living nature, the God he was integrated with. This was his source, his inspiration, his sustenance. This was what he was calling the human race back to – its spiritual homeland where they could join in holy union with the creative power.

Although rejected by many in the land of his birth, over the years his influence has spread and gained considerable attention worldwide.

In their hour of need, in times of tribulation, of sorrow and great suffering, people turn to that silent figure, transfixed on the cross, call his name and pray for his help and guidance.

And in many, a response comes from within, touching the heart, uplifting the mind and giving encouragement and strength to carry on, even spreading gladness and joy where formerly darkness reigned.

Because of this his mission was a worthy one of the utmost value to mankind and its success is not to be measured by those who fail to respond, but by those who come to that very same peace and love that he expressed in such a beautiful fashion while he was here.

Beyond the Cross, A collection of Joseph’s moving, inspired writing about Jesus is available in ebook and paperback formats from Amazon.com. Click here.

Joseph Raffa reminds us there is a gentle side to human nature behind the darkness being expressed so widely in our world today.

The atmosphere of killing fields, of charnel houses, of cities devastated by bombs is something we can do without. The odour of violent death is not a pleasant one. There is something deeply repulsive about it.

Animals being led to slaughter show the fear in their eyes and in the frenzied behaviour of their bodies. Hasn’t this planet had enough yet? Must we go on living with such behaviour, reflecting the violence, the aggressiveness, the selfishness that has been part of our makeup for so long?

We don’t have to be like this. There is a gentle side to human nature waiting its chance to show what it can do. It doesn’t need the protection of force, of security screens and protective devices, of alliances and other means devised by minds riddled by fear and uncertainty. 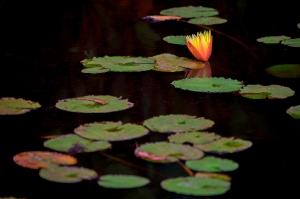 In the silence of being we discover that which stills every

sound – the sound of breathing, the heart beating, even the

Follow Towards the Silent Heart on WordPress.com
Join 80 other followers