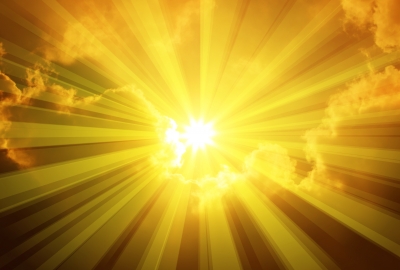 What is this enlightenment so many people are seeking? Does it indeed exist and what is its nature?  So much effort is poured into its realisation by the seeking mind.  Meditation along a chosen theme.  Self-discipline – of desire, of the emotions, of thoughts – much of it extremely difficult.

The seeking mind projecting itself into various postures, assuming roles that are expected to help on the way to enlightenment. Always backed up by belief in the outcome.  This supplies the energy to keep the mind focused on the eventual discovery.

Projecting an image while the reality is absent. And what of the image?  Where does this come from?  From the dreams of a mind that must have a target to aim at.  So, it creates effort and travel.  Avenues created by the mind to fashion and sustain the illusion of self-development towards achievement.

Mind goes from here to a problematical there for that is the way of travel that it knows.  Can it travel in this way to enlightenment, to something it doesn’t know?   Mind is so confident that with the means it puts into motion it can build a bridge from darkness to the light.  It fashions the bridges from the words passed down from the masters of long ago, from the prophets, from those considered gurus.

But surely the bridges are built from the ignorance reflected by the mind.  The cement that links the actions is that of illusion. What can come of the mind’s actions but postures cast in a timeful mould, nurtured and placed in the mind’s vision as something of greater value.  They keep the mind embedded in its own playground. They are playthings created to amuse the mind, to pad out its emptiness and offer foundational supports of psychological substance because mind needs something to lean on before it can proceed with assurance.

What will the mind discover while its vision is controlled in this way, while its attention is idea tuned, discipline tuned, focused in on its complex maze of effort?   Will it not stay amidst its postures and projections?  Where then is there enlightenment amongst all this?

All we have is the discordant music of the mind, the shadowy images, the objectives, the disciplinary endeavours that weave and twist in the forefront of the mind, covering all else. And from all this it hopes to give birth to enlightenment, to that strange arisal that surges crystal clear, like a lightning flash, sudden and surprising.

This is not born, nor ever can be from the mind’s persistent efforts to coax it out of the unknown into the perceptive net of the mind.  It arises in moments of deep stillness not fashioned by thought or reason, nor from disciplinary endeavour. This kind of stillness is its own happening.

Its offspring is the enlightenment, the insights that pour into the mind bringing new vistas, new perceptions that expose the illusions created by the mind’s desires to discover something it can relate to – use as a stepping stone of support in its day to day living.

The new comes, not over the roadways of thought or desire but over the timeless bridge.  This brings to an end the movement of time and the sense of separation involved in timeful living.   When this is dissolved enlightenment happens as a natural consequence.  All mind could do was be still.  That’s all – just be still and what enlightenment is, comes through.

One thought on “What is enlightenment?”